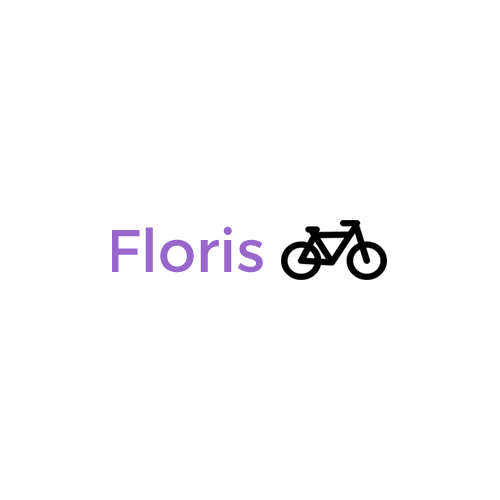 Cycled east from Belgium to Japan in 2018.
📍Currently back home in 🇧🇪

The predominantly descending route offers the occasional short puncher-like climb where we get off and push the bike. But we can see the Bodensee and charge on! Descending into the large valley, we pass many fruit orchards: these are fertile land indeed. While Romanshorn isn't the most scenic destination, we feel ecstatic to arrive nevertheless. I'm grateful to share such a wonderful experience between us two. We celebrate with a drink next to the water. Proost! https://www.osm.org/?mlat=47.57060&mlon=9.38433

Last day in the saddle, today we ride to the Bodensee! In the morning we follow a smaller river upstream with a very shallow climb: 200 meters of elevation in 20km. Unknowingly we arrive at the highest point of our trip at 606 MSL. After that the route primarily descends as we get closer to the Bodensee. We pass many farms and more life stock, this area is also less populated than the days before. We stop in Wil for an Apfelschorle. Only 35km to Romanshorn from here! https://www.osm.org/?mlat=47.45872&mlon=9.03843

In Winterthurn we were both starving and ate like kings, I had a traditional Käsespatze which are egg noodles with (loads of) grated cheese. Florianne ate meat loaf with red cabbage and purée. I enjoyed the homemade apricot knödel (dumplings) as dessert. I'm also a big fan of the alcoholfrei biers here, a nice way to enjoy a beer without dehydration. In many ways Deutschschweiz reminds me of Germany, I'm sure there are subtle differences I fail to grasp however. https://www.osm.org/?mlat=47.49888&mlon=8.72862

Today we rode our longest leg of the trip: a six hours cycle under the warm Swiss 🌞. 30km after Aarau we said our goodbyes to the river and headed East towards Zurich. After the flat roads of yesterday, today's short, steep climbs reminded us we're still in 🇨🇭. We refueled in Baden on Berlin boules and lunched near Adilkon. Being close to Zurich airport (LSZH), I spent the afternoon spotting planes. Lots of private jets hereabouts. Before long we arrived in Winterthurn https://www.osm.org/?mlat=47.44510&mlon=8.46910

After our last night of camping, tuesday's route led us from Winterthur to the old city of Aarau. We passed many hydroelectric plants along the Aare river. Switzerland gets up to 2/3rds of their power from water. In the evening we ate delicious Mediterian fare at Al Ahram. https://www.osm.org/?mlat=47.249400&mlon=7.765570

What a perfect way to spend my gebürtstag, cycling with @florianne in beautiful 🇨🇭. Today we left the lakes behind and started following the Aare river. In Büren we passed by an old wooden bridge (Holzbrücke) built in 1821. In the evening we visited Solothurn, with Thai for dinner. The clock faces in Switzerland are always beautifully decorated. We spent the night on the camp site next to the Aare. https://www.osm.org/?mlat=47.141300&mlon=7.372560

Our second day took us along Lake Neuchatel, with its many plâges and camp sites. Our first stop is the beautiful mideval town of Estavayer-le-Lac, where I have the misfortune of ordering two meat pies at the bakery 🤢. We have lunch near a little beach in Cudrefin, which is packed with locals doing the same. Many people are also enjoying the Indian summer on the expansive Swiss sporting infrastructure. We spent the night at a camp site where La Thène flows into the lake https://www.osm.org/?mlat=47.0010&mlon=7.01833

Perfect weather on day 1 for our 56km leg from Lausanne to the camp site in Yverdon-Les-Bains. The route mostly follows train tracks. When the route leaves the tracks, we are greeted by short but steep hill climbs. The climb to Gollion is particularly gruelling for Florianne. We stop for a picknick in La Sarraz. I am surprised by the amount of water fountains, public toilets and grocery stores we pass. Touring the Swiss country side promises to be relaxed https://www.osm.org/?mlat=46.676200&mlon=6.554840

Start of our Mittellandroute cycle tour from Lake Geneva, Lausanne to Bodensee, Romanshorn. The harbor reminds Florianne of her childhood summers in Meillerie, on the French side. I am feeling relieved that the weather forecast has improved significantly. We're eager to get on with it 🌞🚴🚴https://www.osm.org/?mlat=46.51134&mlon=6.61049

Shiny new wheels for the bicycle 👍Curious how smooth the bearings in the SP pv-8 (front) and Shimano FH-T670 (rear) hubs will roll!

🇧🇪🇯🇵 On February 14th I left home on two wheels heading for Tokyo. Yesterday my dream came to fruition after what has been the adventure of a lifetime. Many thanks to all the kind strangers and friends that crossed my path along the way. May I one day return the favor. I would also like to thank everyone that supported my world bicycle relief campaign. Together we made a significant and lasting impact on the lives of thirty-five children in rural Sub-Saharan Africa. Finally, I'd like to thank everyone that followed my adventure. I hope it may inspire your next adventure. Love, Floris. #solongandthanksforallthefish https://osm.org/?mlat=35.68&mlon=139.77

South Korea - four rivers trail. After the ferry from China, I set off from Incheon for a short ride to Seoul. It was a sunny day and it was great to see all the recreational cyclists out and about. It reminded me of a mild spring Sunday morning along de schelde back home. I even rode in a pace line for a while. In Seoul I was hosted by Jo Anna and her husband in their traditional Korean home with two cats 🐱. She'd invited some friends over and we got to share stories, food and drink: a great time. The next day I set off to visit Seoul, hiking the old city wall, counting the number of cafes (seriously, coffee is big business here) and visiting a number of palaces and the Jongmyo shrine. These are places of sanctuary right in the middle of a sprawling city. It was also interesting to see the importance of the spirit world in Korean mythology. After Seoul I followed the Hangang south towards the heart of the southern peninsula. Along the way I passed along the highest point on the path (530ish m), met a few friendly dogs, cats and other cyclists and been enjoying the midday warmth. It does cool down during the night and most mornings are misty. Cycling here is very different from China, with purpose build cycle paths far away from traffic. The infrastructure with public toilets and rest areas is the best I've ever seen anywhere. Camping has been a breeze as well. All of this makes cycling very accessible, as evident by the large number of Koreans on their bikes. Which has led resulted in numerous photos 🙂. It hasn't been the most adventurous touring, but it's nonetheless been very enjoyable. I'm now taking a rest day in Daegu (not that the cycling has been very tiring!), the third largest city in South Korea. Tomorrow I'm continuing south towards the port city of Busan. Annyeonghasaeyo! https://osm.org/?mlat=35.866667&mlon=128.6

Cycled east from Belgium to Japan in 2018.
📍Currently back home in 🇧🇪